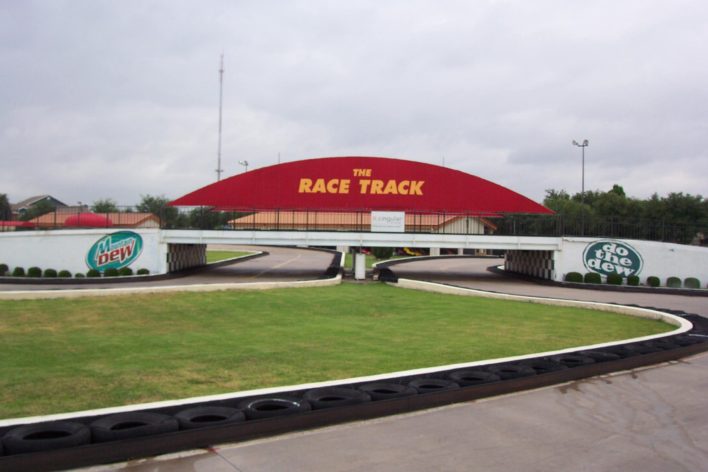 To Bridge or Not to Bridge

There are a lot of go-kart tracks that have been built with bridges in recent years and lots of interest in making them bigger and better.  The wooden elevated tracks are almost all bridge as they spiral up and down ramps and run in multiple levels.  They are a very visual attraction for a facility, but that is about the only good thing I can say about them.

The first track that I designed in the early 90’s had four bridges and was a monster to operate.  We wanted a track that showcased go-karts driving on elevated portions of the track similar to the elevated portions of our miniature golf courses.  After that every track we built had a double bridge as the main feature to be seen from the road frontage.  Then one day a regional manager approached me and asked if we would consider eliminating bridges from the new tracks we were about to build.  After listening to his reasons we built two more tracks without a bridge and found that he was right.  We found that the bridges looked good but were an expensive detriment to the efficient operation of the track.

We found that the bridge and associated ramps, retaining walls, and earthworks created a visual barrier that required an extra track attendant to man the hidden section of track.  Good practice for track operations calls for attendants to be stationed so they can respond to any incident where go-karts get hung up on the barrier and get them back in operation quickly.  The attendant operating the remote shut off system in the pit could not see the entire track and had to rely on signals from the attendant at the blind spot when an incident occurred that required the track to be shut down for safety.  An alternative was to equip the blind spot attendant with a hand held transmitter of the remote shut off system for a quicker response.

Up And Down Slopes

A bridge requires slopes to allow go-karts to climb up to the elevation of the deck and then down from the deck to the level of the rest of the track.  These slopes require that the go-karts are geared down so they can climb them in the event that they are stopped on the slope up, which is a common occurrence on a busy track.  When the remote shut off system is activated all go-karts are stopped at once wherever they happen to be.  Unfortunately, if they are on an up slope they may roll backward, as the shut off system does not brake the go-kart, it only takes power away from the engine.  On a down slope they may roll forward and hit another go-kart for the same reason.

Not As Fun To Drive

Go-karts are equipped with devices to limit their maximum speed for safety reasons.  If there is a long straight section of track drivers will keep their foot on the gas pedal but their go-karts will not go any faster, as the maximum speed has already been reached. Track designers limit the length of straight sections of track to keep the interest of drivers for this reason.  Tracks with double bridges have a long straight deck that is often boring to drive.

The other effect on driving fun is that most go-karts slow down when climbing the slope to a bridge.  The rest of the track may be competitive with right and left turns to challenge drivers, but then they come to that slope and it frequently bogs them down.  The heavier the driver, the more they are slowed down, even with the bigger nine horsepower engines commonly used on go-karts with tracks with bridges.

The ironic part of this story is that park owners are paying a fortune in concrete, steel, retaining walls, earthworks, and storm drains to construct these bridges that make their tracks less profitable to operate.  We used to try to keep the expense down by lowering the headroom under the bridge to five feet, which reduced the height of retaining walls and slopes.  I don’t know how many times our attendants hit their heads while running under a bridge, but it does not feel very good when it happens.

The most expensive construction is the elevated wooden tracks that are built almost entirely of treated lumber, timbers, and steel.  When you compare the cost of that type of construction to that of a concrete track poured over compacted earth, it is cost prohibitive for most facilities.

There is a myth that bridges allow more track to be built per square foot because of the “multilevel” design.  I have found that this is not true because of the rigid limitations that bridges have in laying out a track.  A bridge requires a long straight deck with retaining walls and earthworks on each end to support the slopes.  It also requires that the lower section(s) of track cross at a right angle in order to limit the length of the deck above.  A track without a bridge has no such design restraints and can make more efficient use of the area and topography available.

I know that there are some people in the go-kart business that do not agree on these points and are running a very profitable track with a bridge.  My response is that they would be even more profitable if they had a good design and did not have the bridges on their track in the first place.  The only exception to this would be the wooden elevated tracks in tourist hotspots where the sheer size and height of the structure draws tourists in to give that monster track a try.  A track on the ground does not have the same visual effect as one that is fifty feet in the air.  Unfortunately, after most people drive the elevated track they don’t want to do it again, as most are not that fun and rough to drive.  In a tourist market this is acceptable as most tourists are replaced weekly with a new group that has not driven their track yet.

If you are considering building a new go-kart track with a bridge, take my advice and don’t do it.  Make your track fun with limited straights, frequent turns, and some banking.  The product we are selling is the fun driving experience, not how much of the track can be seen from traffic driving by.  Go to go-kart tracks in your area and drive them with and without bridges for a “fun check” and you will see what I am talking about. 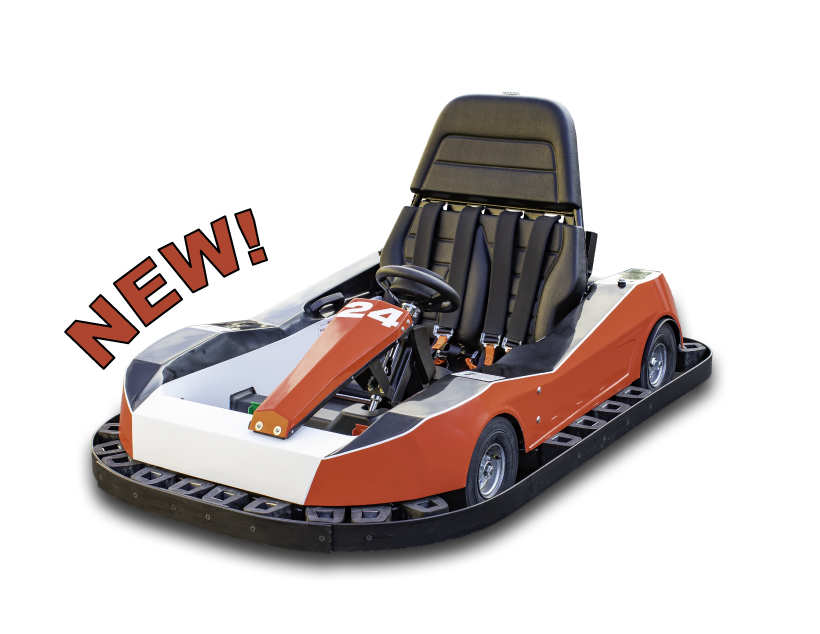